Four of the most memorable Monaco Grand Prix winners

Four of the most memorable Monaco Grand Prix winners

The Monaco Grand Prix provides its spectators with some of the most thrilling races ever seen. Starting back in 1929, there have been countless winners of the Monaco Grand Prix, but here we are going to look at the four most memorable.

Otherwise known as the King of Monaco, Ayrton Senna is hailed as the most successful driver to win on the Monaco circuit. Members of the F1 Paddock Club Monaco will know that Ayrton Senna is one of the best.

Senna’s most memorable win was in 1992 when he drove for McLaren. Keeping a close second for most of the race, he was able to overtake Nigel Mansell after he returned to the pit with car issues. Mansell eventually caught up but never took the lead back from Senna, who went on to win a fifth time at Monaco.

Another F1 Paddock Club Monaco favorite was back in 2009 with Jenson Button’s famous win. He successfully achieved a large enough lead to be able to cruise across the finish line in style. What made this race so famous is what happened after he won. Drivers traditionally park in front of the attending royalty, a fact that Jenson forgot; instead, he parked in the pit and ran down the track waving to fans as he passed. 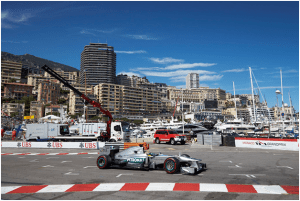 Only a small number of drivers have been able to win back-to-back in Monaco, with Nico Rosberg one of them. In 2013, he successfully swerved two conflicts and went on to win the race. After winning again in 2014, he also beat teammate Lewis Hamilton in 2015 when he chose to stay in the race on old tyres.

If you are looking to attend the Monaco Grand Prix, make sure that you get great seats and find out what is the F1 Paddock Club Monaco before you book your tickets.

Daniel Ricciardo overcame his pit stop mishap of 2016 by winning in 2018. The entire race was challenging from start to finish, including power issues with the car and only being able to use six gears. Despite the problems, the driver continued in the race for Red Bull and was able to cross the finish line with the win in his hands.

« The truth about cowboys Which shades of grey will suit your skin tone? »